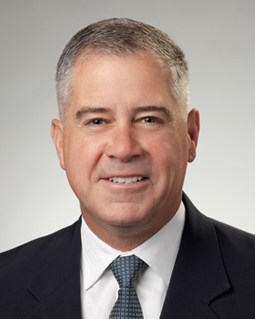 Major General Christopher Ballard retired from the US Army in 2019, concluding a thirty-five-year career as Deputy Director of Operations at the National Security Agency (NSA).  He currently serves as a strategic advisor for Jacobs Technology Inc.

Chris commanded at the Company, Battalion, Brigade, and 2-star level. He led the 1st Cavalry Division’s Military Intelligence (MI) Battalion into Baghdad, Iraq, in 2004 and deployed twice to Afghanistan as the senior Intelligence officer (J-2)—first for Combined Security Transition Command (CSTC-A) and later ISAF Joint Command.  Chris similarly served as J-2 and senior Intelligence advisor to the Commander of United Nations/US Forces in Korea, where he routinely briefed US and allied leaders on North Korean military movements and intent.

Chris’s leadership and intelligence experience led the Army to assign him to the newly formed Army CYBER Command in 2013. There, as senior operations officer (G-3) and Director of the Army Cyber Operations Center, Chris contributed at the leading edge of Army Cyber Force design, training, and employment.

In 2016, Chris assumed command of the US Army’s Intelligence and Security Command (INSCOM)—an operational intelligence force of approximately 17,500 soldiers and civilians stationed in or deployed to 130 locations across the globe. INSCOM’s forty-year mission has been to plan, equip, train, and conduct multidisciplinary intelligence operations in support of US Army and Joint Commanders worldwide.

Click here to assign a widget to this area.