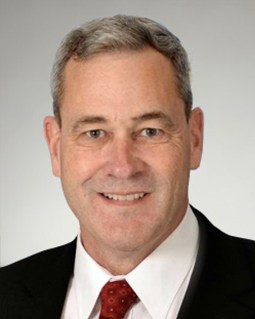 Major General Brian Winski retired as a two-star general from the US Army in 2021. During his thirty-seven years of service, he commanded formations at every echelon. His assignments included deputy commanding general of the 82nd Airborne Division at Fort Bragg, director of the Army Operations Directorate at the Pentagon, chief of Army Legislative Affairs at the Pentagon and Capitol Hill, and most recently, commanding general of the famed 101st Airborne Division and Fort Campbell.

Brian served as a rifle platoon leader in Operation Desert Storm with the 101st, and after 9/11, he went on multiple combat deployments to Iraq, Afghanistan, and other contingency areas. He was an infantry battalion XO in the 101st during the invasion of Iraq, an infantry battalion commander in the 101st in East Baghdad, the 101st Division operations officer/CJTF J3 in Afghanistan, and brigade commander in the 1st Cavalry Division in Mosul. He was awarded the Combat Infantryman’s Badge with star. Additionally, he received the Distinguished Service Medal twice, the Legion of Merit three times, and the Bronze Star Medal six times—once, for Valor. Brian holds a bachelor of science degree in history from the University of Wisconsin Milwaukee and a master’s degree in history from LSU. He graduated from Airborne, Air Assault, and Ranger school and is a master-rated parachutist. He was a military fellow at the Washington Institute for Near East Policy and served as a Military Professor of Leadership and National Decision Making at the Naval War College. Brian has appreciated living all over the United States and experiencing diverse cultures while serving overseas. He and his wife Kimberly now reside in southeast Wisconsin, and both their daughter and their son are US Army officers.