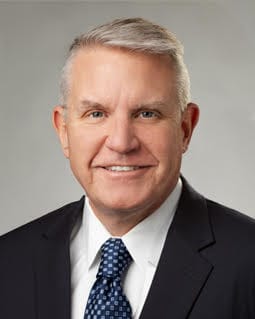 Colonel Kevin W. Farrell, PhD, spent over thirty years in uniform and commanded at the platoon, company, and battalion levels. A graduate of the United States Military Academy at West Point, New York, he served as an armor officer in a variety of leadership assignments in the United States, Europe, and the Middle East and led American soldiers in combat in three different wars. He acted as an advisor to the Afghan National Army and, most significantly, as the commander of a 1,000-soldier combined arms battalion conducting extended combat operations in East Baghdad, Iraq. He also served on senior-level staffs in Germany and the United States and was visiting professor to the George C. Marshall Center in Garmisch-Partenkirchen, Germany. Kevin’s most recent military assignment was as a tenured professor, chief of military history, at West Point. His military decorations include the Legion of Merit, the Bronze Star, and the Combat Action Badge.

Kevin holds MA, MPhil, and PhD degrees from Columbia University in New York. His most recent book is The Military and the Monarchy: The Case and Career of the Duke of Cambridge in an Age of Reform (North Georgia University Press, 2011). A recognized authority on military history and leadership, Kevin has also authored numerous journal articles and book chapters, edited two books, and appeared internationally as a featured expert on PBS and the History Channel, as well as on British, German, and French television. He was the senior military advisor to the Brad Pitt Hollywood film Fury, released in October 2014.

Kevin resides with his family in Greenville, South Carolina, and is President and Chief Executive Officer of Battlefield Leadership, LLC.